Cars are more secure than ever before, with all manner of technology introduced in recent years such as keyless entry designed to make it more difficult for the would-be thief to gain access to a vehicle. Yet the number of car thefts has increased by 21% in the UK in the past three years, according to vehicle innovation firm AX.

Statistics from the DVLA found that 56,288 cars were stolen in 2019 – that’s 154 per day or one every nine minutes! Car thefts aren’t cheap either – the Association of British Insurers estimated that the cost of vehicle thefts 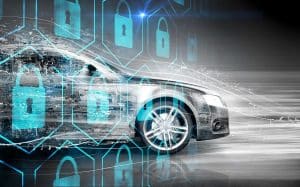 and thefts from vehicles is £376 million per year. That’s not even taking into account the stress and upset atheft causes too.

But as England goes into a second lockdown due to the Covid-19 pandemic and the public are advised to stay at home unless it is essential to go out, there are going to bemany cars standing idle on driveways and kerbsides for long periods – and these are more than tempting targets for thieves.

So how do you minimise the risk of your car being part of future car crime statistics? Read our tips to find out more:

Don’t leave your keys near to the front door

It may sound obvious, but still some people leave their car keys by the front door. Not only can these be seen by thieves, they are also accessible: a technique known as fishing, where thieves push a long rod through a letterbox with a hook on the end that they use to hook the keys and draw them out. Make sure keys are stored as far away from the front door – and any windows – as possible.

Again, it sounds obvious, but it is surprising how many people forget to take items out of their car when they lock it up. Leaving things like satnavs – or even a pile of change in a storage well – on display is like honey to a bee for thieves.

If you have to leave items in your car when you leave it, then make sure they are hidden in the glove box, boot or under the seats.

For similar reasons you should never leave your vehicle documents in the car. If it is stolen, it makes it much easier for the thief to sell it on if they have the official documents.

Another reason to keep your keys well away from the front door is relay thefts. This involves two people: the first uses a device that picks up the keyfob’s signal from inside the owner’s home. This signal is then sent to the other thief, who uses it to unlock the car and start it.

However, if the first thief can’t get close enough to pick up the keyfob’s signal, then the car cannot be stolen using this method. Storing keys in a metal box – even an old-fashioned biscuit tin – can also block the signal.

Watch out for jammers

Car thieves are much more sophisticated these days than in the past. No longer are they likely to use a crowbar to get into your vehicle, now it’s often a piece of technology. For instance, a common device used by thieves is a jammer, which blocks the signal from your keyfob to the car’s central locking system and therefore stops it locking. This means they can get into your car and steal items from it or take the car itself as they will likely have technology to bypass its immobiliser.

If your car is parked on a driveway, then it is a good idea to install security cameras that focus on it. Visible security cameras can act as a visual deterrent to thieves but also if they do break into or steal your car, it can provide vital evidence when trying to catch them and potential recover the vehicle.

Likewise, installing security lights can provide a deterrent to would-be thieves. All thieves prefer to work in the shadows so shining a bright light on them is the last thing they want – it can also alert those in the home that someone is outside.

Your local locksmith can advise on which systems are best for your circumstances and then fit them for you.

Security posts – also known as parking posts – provide a barrier to entry/exit that can only be removed once it has been unlocked and the post folded down. These work best in small driveways where it is impossible to drive around it. However, it should be noted that these take some installation – a hole has to be dug in the driveway first and the post has to be concreted in – which needs to be considered before you commit to installing one.

If you cannot park your car in a garage overnight, or in a driveway, then there are certain considerations that should be made – particularly if you are staying at home during the lockdown and will be using the car on an irregular basis.

For instance, if you can, park on a well-lit and busy street – as mentioned, thieves don’t like light and if plenty of people are walking past it increases the chances of them being caught. If the area has CCTV cameras and/or an active Neighbourhood Watch scheme, then so much the better.

Put security devices in the car

Steering wheel locks and gear stick locks can also provide protection against theft. Again, these provide a useful visual deterrent. But if that doesn’t work, then these locks will slow the thief down and, when speed is of the essence, might make a thief think again and look for an easier target.

While following these tips will help to reduce the chances of your car being stolen or broken into, nothing is 100% foolproof. Make sure your vehicle is comprehensively insured so that if the worst happens, you will be protected.