Used car prices set to continue to rocket in 2022

Used car prices increased by nearly 30% in 2021 and this trend shows no sign of ending – which isn’t good news for buyers seeking bargains. But there are other ways second-hand car buyers can 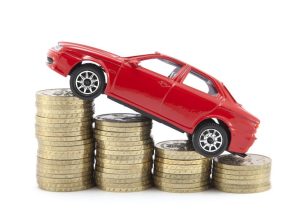 save money.
If you’re a second-hand car dealer, these are boom times. Used car prices have rocketed in the past year by 30%, with the average second-hand model costing £17,366 – £3,862 more than this time last year. Industry magazine Auto Trader said that, under normal circumstances, prices hadn’t been expected to hit that level until 2026.
While all models have been price increases over the past year, some have risen more than others. Seven-seat MPVs have been in greatest demand, with models including the Seat Alhambra, Renault Grand Scenic and Ford S-Max among those to see the biggest price rises. The Seat Alhambra has seen values rise by a massive 50% in just a year.
Remarkably, data from Auto Trader found that nearly 25% of ‘nearly new’ models – those less than a year old – were selling for more than the list price of an equivalent brand new model.
Overall, the average price of a used car has now been increasing for more than 20 consecutive months, although the steepest rises have come since May 2021.
Prices are also soaring for used electric cars. The average price of a second-hand Vauxhall Corsa-e is currently more than £23,500 – about 75% of the average UK salary.

Shortages causing problems
There are a few reasons for the steep hike in used car prices currently. Mainly, it is down to the global semiconductor shortage. Semiconductors are a vital part of cars today, with many of the driver assistance systems that are now standard using them, for instance.
When the pandemic hit in 2020, demand for electronic devices rocketed by 25%, which caught the industry out, leading to the shortage as manufacturers couldn’t keep up with demand, and there are high barriers to entry for new companies in the market to fill that gap.
As the shortage has impacted on new car production for some time now, it means that demand for second-hand vehicles has increased.
Other factors in rising prices are, unsurprisingly, the pandemic and Brexit. These factors have combined to bring in component shortages in some instances from Europe and overseas, and there have been logistics issues too, with the much-publicised driver shortage meaning some loads haven’t arrived when they were expected to.
Unsurprisingly, the amount of time it takes to sell a used car has reduced; models are being advertised and snapped up in record time, making it even more difficult for buyers to find a bargain. Buyers are advised to keep a close eye on used car websites and live values – and be prepared to move quickly when a bargain is spotted.
Sadly, the semiconductor shortage is predicted to last well into 2022. Lead times for new cars are already lengthening, with customers often having to wait months for their new car to arrive, which means that the problem of supply and demand is set to worsen in the coming months, meaning that prices are set to rise even further. Industry analysts reckon that prices may only start to even out or fall in the second half of the year.

Spare keys
But another potential added expense used car buyers have to watch out for is that they can come with only one key. New cars generally come with a spare, but in used cars, spare keys can have been lost or broken by the previous owner and buyers should be aware of this when they are making a purchase, especially if it isn’t from a branded dealer or a private transaction.
Of course, having a spare key makes sense on many levels: with only one key, if it is lost or breaks – or even has its battery run out – you’re stuck. If you have a spare, all you need to do is find it (don’t keep it in the glovebox – we’ve seen that happen) and you can get on with your day.

Getting a spare key
The easiest way to get a spare key is to call an auto locksmith such as Keyworx. Auto locksmiths carry with them on their vans a range of blank keys that can be cut and programmed to work with any make and model of car or van on the UK roads today.
In addition, an auto locksmith can often come out to you and cut and program a new key within 24 hours – in an hour if it is an emergency – but a main dealer could take up to a week to complete the job. In addition, an auto locksmith will come to you, rather than you having to go to the dealer, which is much more convenient, especially if you have lost your key.
Finally, auto locksmiths are often cheaper than main dealers, who can charge hundreds of pounds for a new key, if it is a particularly sophisticated one which some marques use. Auto locksmiths often use the same equipment as main dealers, so the standard of key is the same.
If you are in the East Midlands and are looking for a spare key for your vehicle, give Keyworx a call today or email us and one of our friendly team will be happy to help, including providing a no-obligation quote for any potential work.
Our prices are competitive with any other auto locksmith in the East Midlands, and we pride ourselves on the first-class friendly and professional service our technicians provide.